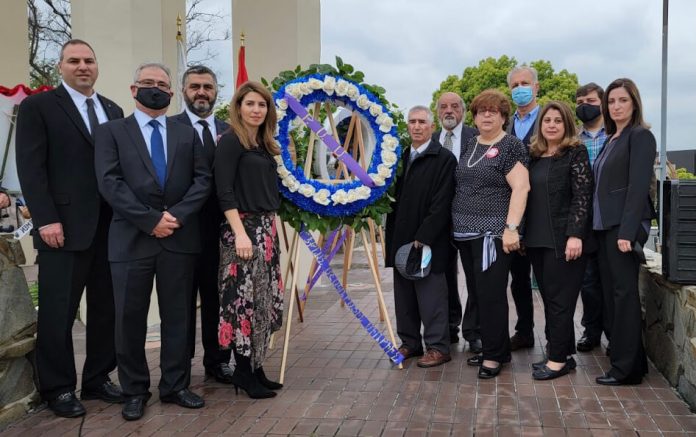 Representatives of the Tekeyan Cultural Association participated in the 106th Armenian Genocide Commemoration at the Armenian Genocide Martyrs Monument in Montebello, CA on Saturday, April 24, 2021. The annual commemoration was organized by the United Armenian Council of Los Angeles, which represents over forty religious, political, cultural, benevolent and compatriotic organizations.

The service for the canonized saints of the genocide was conducted by the clergy, which included the singing of the solemn “Hrashatsan” sharagan, which was masterfully composed by the late Archbishop Zareh Aznavourian of the Great House of Cilicia.