In Memory of Rev. Dr. Markarian 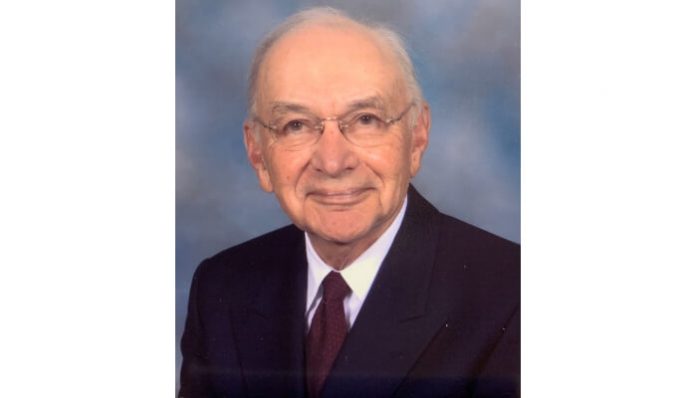 Haigazian College was founded in 1955 as a 4 year Liberal Arts College with 43 students. In 1992, it was elevated to Haigazian University.

Rev. Dr. John Markarian was the Founding President of the College. He served as President from 1955 to 1966 and later from 1971 to 1982, when he retired and settled in the United States with his second wife Inge. He had one daughter, Joanne.

My encounter with Dr. Markarian began in 1964, when I enrolled at the College as a Junior in the English Department. I had completed my Freshman and Sophomore years at Aleppo Junior College in Aleppo, Syria. I was fortunate to be given a full scholarship at Haigazian College.

I came to Beirut in the Fall of 1964 and stayed with my aunt for a week to complete my enrollment. My aunt used to live with her family in the Ja’wtawi section of Beirut. During this time, I had to take 2 taxi services to get to the College, which was hard on me.

One morning, I went to Dr. Markarian’s office to plead my case for room and board at the College. When he inquired as to why I cannot stay with my aunt, I explained that they lived in a one bedroom apartment with 3 children and it was far away, in the neighborhood close to the CMC Hospital.

I also added that I could not afford to pay anything, as my father was an unskilled laborer with meager wages. Plus, the rate of exchange from Syrian currency to Lebanese currency was one Syrian pound to 65 Lebanese cents. So, one third of the money that came from Syria, was wasted.

Without any hesitation, he agreed, but with the following stipulation: that I had to work in the kitchen once a week, washing the dishes. I jumped with joy, thanked him from the bottom of my heart and promised to do my best not to disappoint him.

In the kitchen, on Wednesdays, I was paired up with Haig Tilbian, another needy student from Homs, Syria. Haig later became the Registrar of Haigazian College, the Acting Field Director of Jinishian Memorial Program in Beirut, Lebanon, before he passed away at an early age. I heard he had been suffering from lung cancer, although he had never smoked in his life.

I would never forget Dr. Markarian’s compassion towards needy students. On different occasions, he would commission Haig and me to do odd jobs around the College, so we would get some spending money. Any time there was a Banquet at the Armenian Evangelical High school next door, he would ask us to wait on the tables and later escort the female cooks home in Bourg Hammoud for extra pocket money.

Dr. Markarian passed away on June 29, 2021, at the age of 104, in his home in West Pittston, Pennsylvania. He leaves behind his wife of 47 years, Inge, daughter Joanne, grandson Michael, who lives in Australia with his wife and two children.

May God Almighty rest his soul in peace and grant his family the comfort of the Holy Spirit.