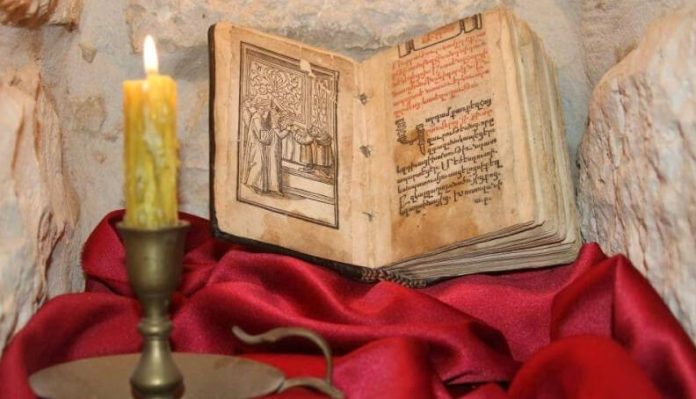 Return to God in Action

Theological approach to the Great Lent and to repentance, theoretically true, is inadequate; so are philosophical speculations, since both are beyond the understanding of the average believer. He needs first and foremost the Gospel of Christ.

This year Great Lent began on Monday February 28, and behooves on us to clarify the balance between the formal confession and its effective promise in lucrative action to be taken by the believer. He not only goes through the formal Confession, but in return he also makes a firm resolution and promise in action to honor the forgiveness offered by God, namely not to repeat sinful deeds as much as humanly possible. The healing therefore becomes a gradual progress in two directions, one from above, and the other from the recipient addressed to God Almighty.  The process is not and should not be a passive process, if we want fruitful and permanent results from the God-given absolution. A subjective understanding is just as essential, otherwise to depend only on the divine pronouncement “May God grants you forgiveness” with no follow-up action to justify, will reduce the Sacrament of Absolution to formality and habit.

We all hear the sins listed in those nine stanzas of the confession form each Sunday. Not only those numerous and applicable sins named there are feasible, but hopefully believers do confess them sincerely from the heart and mind, realizing that it is not occasional, nor reasonable to leave all the weight on God and sit back and feel comforted. Dutiful believers have to help themselves as they assist God’s immense care and love for mankind, in truly eliminating sinful behavior by way of a strong will and determination, as also by getting involved in charitable activities.

One should not take advantage of the divine favor thinking that one has the chance for a next confession. There is no bargain nor is there an easy way out. There is a “price” to pay, since man was created by God “according to His image” that tells us there is a spark of light directly from the Creator God that will help us return the human “assistance” to the divine creation by way of the “free will” and courage He has given us in the first place. This responding process, our firm promise, is no less than helping ourselves following the initial divine absolution.

Hearing sins read in the nine verses of the confession form, the confessor by all means promises silently not to repeat them, lies, gossips, slanders, curses, theft, and “all such sins”. He will understand that “returning to God” is a process totally his own, especially during Lent when certain foods and enjoyment in social life are limited to the minimum by his personal resolution. The “divine image” must be re-established in us and strengthen us to promise actions beyond the formal confession, with the assurance that both, confession and promise complement each other effectively. Obviously, the confessor and only him becomes the subject of those sins, committed or not, as much as they are listed in the first person singular, for each individual personally.

The response “I have sinned against God” must be a conviction rather than a statement, imminent with the assurance not to fall again. On the contrary, hearing the absolution on behalf of God repeated by the priest should not by any means suggest “an opportunity” for the next confession. There can be no bargain with God thinking “today I will not sin, but not sure for tomorrow.” Theological and philosophical theories sound instructive and academic, not for the average believer however, who needs simply the Gospel of Christ to find real peace.

The simple messages of the Lord in His parables and miracles are accessible to the Christian believer, such as the parables of the Pharisee and the tax collector, and the Prodigal son, and many others, where the fall is corrected by a return after a sincere self-examination. While praying, the Pharisee praised himself only to degrade himself, not even to remain where he was, but adding more sins as detected by Jesus, while the tax collector realized his sinfulness fully and asked only for God’s forgiveness. The parable of the prodigal son is more striking, a return after wasting his father’s money, and the welcoming reception by the same father, with open arms and great joy, who saw him leave his house and now returning with repeated requests of forgiveness.

The same in the miracles that Jesus performed, all of them conditioned first and foremost by a genuine faith, and then by the forgiveness of sins before the actual miracle took place. The paralytic man asked to be healed, and Jesus forgave his sins first, and then told him to get up and take his mattress and walk. Or, the deaf and the speechless man who approached him in faith and asked if he can be healed. He was healed after his sins were forgiven, was able to speak correctly, and above all to acknowledge the Person who healed him. These and many others contain ample messages and responsibilities for today’s society, individually and collectively.

Especially in his 24-verse daily prayer known as “I confess with faith,” our 12th century great theologian and hymnologist St. Nersess the Graceful has implicated quite often the requirement of actions taken by the individual as follow-up to the confession of his sins. Asking God for his “holy awe” he commits himself to be most cautious as to what he hears, what he sees, where he goes, and what he says, instead of leading him astray to ways of iniquity. Or, naming Jesus as the “wisdom of the Father,”  the believer puts himself before God asking wisdom to speak, think, and work “all the time”, and stay away from evil thoughts, words and deeds, thus confirming the principle of confession and its prayerful response with a firm promise. In another verse St. Nersess moves the believer closer to God who says “may my conscience and physical sins be forgiven,” not letting everything on God and shun responsibility, but praying that “I may stay away from every bad habits and head toward God with good habits,” requiring strong will and determination for lucrative labor as a response to the divine absolution of sins.

In his touching hymn known as “Daradzyal” (“spreading the arms and the feet on the Cross”), St. Nersess alludes the entire hymn to personal efforts, claiming that our hands and feet are “replacing” those of our Lord on the Cross, especially our “walking feet” as he says, thus maintaining responsibility to work and walk according to His ways. Next, the Saint specifies that the Church is the functioning Body of Christ on earth “in place” of the Cross, and the faithful are performing actively and paying the “price” of their sinful lives sincerely and vicariously from “the blood and water issued from the side of the Lord”, the first for the Communion Cup, and the second for Baptism in the Font, the two essential Sacraments of the Church.

This is the book that contains the seven daily services, the Mid-night, Morning, Mid-day, Evening, Sunrise, Peace, and Rest services. In all of them we read those canonical psalms, prayers, hymns, litanies and hymns, geared toward the basic relationship between God and men through the Most Holy Trinity. They suggest commitments such as “we ask Thee, O Lord, that the daily labors of Thy servants may be acceptable by Thy divinity as just and God-pleasing works”. In another prayer, the worshipper asks God to accept his daily labors “not as worthless, but worthy to reach His divinity.” In all, the Church and Christ through the Holy Spirit may accept their actions against their sins as remedies, not to be denied by the Heavenly Father. This becomes another source to confirm the reciprocal effectiveness of repentance as response and promise to evaluate the remission of our sins.

I conclude my Lenten address reminding our faithful to take advantage of the season and participate in the Holy Liturgy performed behind the closed curtain, followed by the Sunrise Service, as well as the evening Peace and Rest Services on the fasting days.