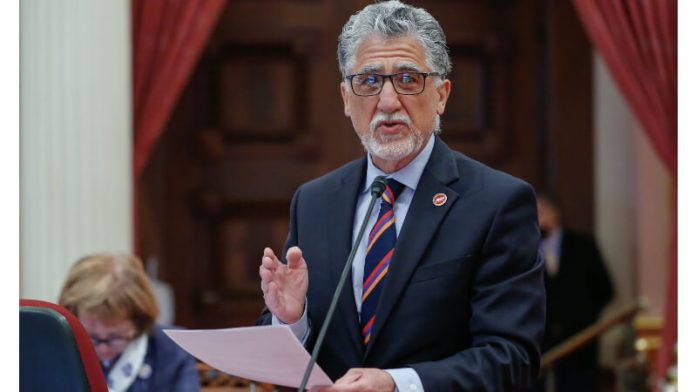 The first major humanitarian rescue effort in the world was organized here in the United States, saving thousands of orphans and refugees whose parents perished during the Armenian Genocide. To honor these heroic efforts, we must continue to demand justice for the Armenian Genocide and condemn the continued aggression by Turkey and Azerbaijan against the Armenian people – as we have a moral obligation to not only condemn all genocides, but also to hold perpetrators accountable.

Armenians continue to live and prosper in Armenia, Artsakh, and the Diaspora. California is home to the largest Armenian American population. Many are children and grandchildren of survivors of the Genocide and are my friends and neighbors. They have made significant contributions to the 25th Senate District and this great state. They are the tireless activists and advocates who have diligently pushed for justice and recognition of the Armenian Genocide over many decades.

Sadly, 107 years later, the two successor states of the Genocide perpetrators – Turkey and Azerbaijan – continuously try to implement their genocidal agenda toward Armenia and Artsakh. While Armenia and Artsakh are still recovering from the 2020 war, shootings and attacks on the border have not stopped. Rather than being able to heal from their trauma and focus on rebuilding for future generations, Armenians have been forced to relive their memories as the cycle of intergenerational trauma continues. These more recent events in Syunik and Artsakh made all of us realize how closely the threat of annihilation is still hanging over Armenia like the sword of Damocles.

While Turkey may want to turn the chapter on the Armenian Genocide of 1915, the United States, California, and other members of the international community will not forget this international crime against humanity.”