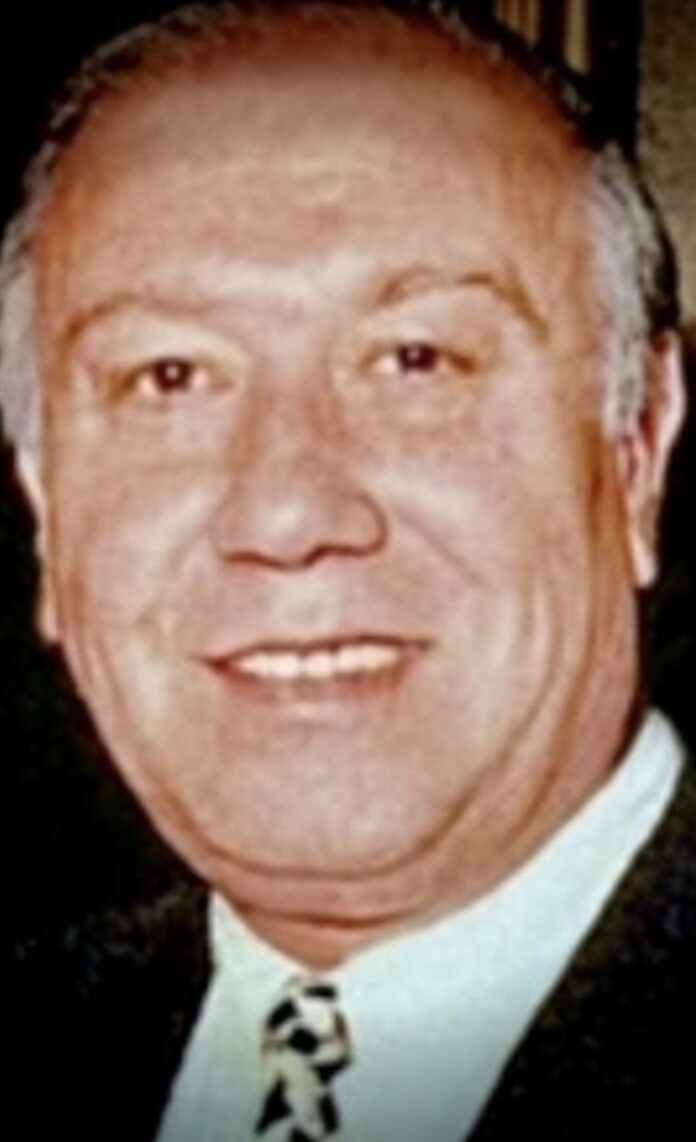 Arpiar Janoyan was born in Beirut, Lebanon on January 27, 1940. He was the son of Tavit & Manoushak Janoyan and brother to Lydia, Hovaness and Yester. He received his early childhood education at Sourp Nshan Ele‐ mentary school and after 3rd grade moved to Nor Marash where he finished elementary school at Karasoon Manoog. For three years he attended the Nshan Palandjian Jemaran. Unfor‐ tunately, due to financial hardships, he had to leave his beloved school early and start working to support his family.
At the age of 18 he started his own business as a commercial artist where he made all kinds of signs, banners, posters and created corporate logos. In the days prior to computers and vinyl lettering, Arpiar had to paint all his creations by hand. He was always proud to be his own boss. In the halcyon days of Beirut his creative and cool signs decorated the city’s business districts.
At the young age of 25 on December 19 1965, he married his elementary school sweet‐ heart, Hermine Najarian, and was blessed with 2 children, Nora and Aram. Between 1970 and 1975 he travelled to Paris and Yerevan multiple times where he fostered a vast network of artists and received inspiration.
At the outset of the civil war in Lebanon, in August 1975, Arpiar and Hermine’s extended family fled Beirut due to the efforts of Hermine’s brother Sarkis Najarian, who’s friendship with Tip O’Neil and the Kennedys helped secure entry to the United States. He arrived in Boston on October 1st 1976. After the famous blizzard of 1977, Arpiar moved his family to Los Angeles. He found a job at the Uni‐ versal Studios and his unique ability to write in Arabic, allowed him to make all the signs for many movies and TV shows that required that particular skill.
In 1980, he opened up his own shop, and Designs by Arpiar was created in North Hollywood. Arpiar got involved in the local Chamber of Commerce and met many celebrities, making memorable appearances on both the Jay Leno and Conan O’Brian shows.
In 1986 he commenced his annual trips to Armenia with the sole purpose of helping the local artists. He made lifelong friends on these adventures. He ran with poets, painters, musicians, academics and politicians. Every autumn he would go for 2­3 weeks. He did his annual pilgrimage to the home‐ land for over 30 years.
In 1990 when the Desert Storm War erupted in Iraq, he got into the flag business, selling thou‐ sands of patriotic American Flags and this served as the catalyst to launch a flags, pins and patriotic gear division of his business. Subsequently, in 1991 when Armenia declared its independence, he pro‐ duced thousands of Tri­color Armenian flags and departed to Hayastan to decorate the parliament for the swearing of the first president of independent Armenia. This became a life­long passion for him. For every Armenian fundraising function, Arpiar provided all the flags, pins and decorations. He helped establish the first consul general of Armenia office in Beverly Hills. He was also instrumental with working with Louise Simone, president of AGBU, to create all the signage for the American Uni‐ versity of Armenia. He would send special gifts like the Coat of Arms to the President’s office and the Insignia of Etchmiadzin to Vehapars. His dedication to the homeland and his people culminated with the Nerses Shnorali Medal which was bestowed to him in May 2006 by Vehapar Karekin II.
Arpiar was also a big supporter of Armenian 20th century art. Organizing several art shows here in Los Angeles that included paintings from Carzou, Jansem, Khanjian, Hagopian, Giragossian, An‐ toyan, Amadouni and many others. He always wanted to ensure that the art bought from his exhibitions was placed in loving homes of Armenians who would appreciate its unique Armenian aesthetic.
In 1998, he moved his business to a new location off of Cahuenga Blvd. This was his haven for over 20 years. It was an eclectic multi mix property where he had his sign business, his flag/pin inven‐ tory, an art gallery, and an upstairs studio apartment where various artists would stay when they came in from out of town. As Arpiar transitioned into semi­retirement, this location became a default Armenian community center where his friends would congregate to drink Armenian coffee and discuss topics in‐ cluding, art, culture, movies, politics and community events.
In 2001 he was diagnosed with diabetes. He struggled with this constantly for the past 20 years but was intent on never letting it control his life.
On his 75th birthday, his younger sister Yester organized a surprise birthday party for him. Sur‐ rounded by his children, grandchildren, siblings and extended family, this was one of the highlights of his life.
When covid hit in 2020, he was not impacted physically but was crushed socially. He was not built for isolation because he got his oxygen and energy from his friends who he suddenly couldn’t be with. He fell into depression as many of his travel plans with his family had to be shelved.
So many friends from Beirut and Armenia relied on him when they first moved to this country. His generosity was boundless. Anyone who knew him loved him.
His pride and joy were his wife of 57 years Hermine, his children, Nora & Aram, their spouses, Dr. Philip & Lusine and his 4 wonderful grandchildren Alexander, Isabella, Arno & Vaughn.
If a measure of a man is determined by the impact he had on the lives of others, Arpiar Janoyan lived a wildly successful life. You can say he was the personification of the American Dream written in BOLD ARMENIAN LETTERS

Signs Of Autoimmune Disease One Year After Infection With Covid-19