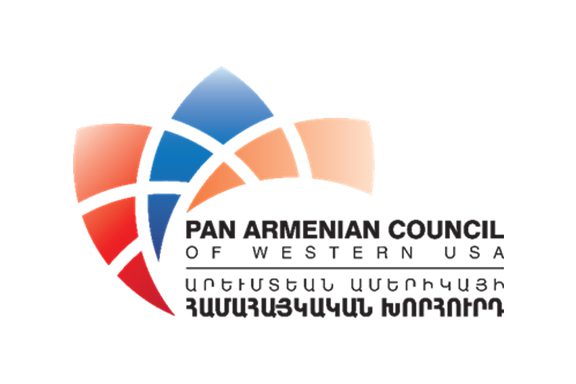 Since December 12, 2022, more than 120,000 Armenians in Artsakh (Nagorno Karabakh) have been blockaded by the Azerbaijani Aliyev regime’s mercenary pseudo-environmentalists, who have illegally cut off the Berdzor Corridor (Lachin Corridor), in violation of international human rights and humanitarian law as well as the November 9, 2020 trilateral ceasefire statement. With the Berdzor Corridor being the only route that connects Artsakh with the world through Armenia, the blockade has essentially transformed Artsakh into the largest open-air prison in the world.

As the largest coalition of Armenian American organizations operating in the United States, the Pan-Armenian Council of the Western United States of America (PAC-WUSA) urges President Biden and the US administration to immediately sanction members of the Aliyev regime under the Global Magnitsky Human Rights Accountability Act for ongoing war crimes and crimes against humanity, and to halt U.S. military and economic assistance to Azerbaijan pursuant to Section 907 of the FREEDOM Support Act.

The blockade of the Berdzor Corridor is merely a continuation of the long-standing policy pursued by the Aliyev regime to ethnically cleanse and perpetrate genocide against the Armenians of Artsakh. This, because all fourteen risk factors for atrocity crimes identified by the UN Secretary-General’s Office on Genocide Prevention are now present.

During the first four days of Azerbaijan’s illegal blockade, Azerbaijan had cut off the inflow of gas to Artsakh, leaving families freezing, forcing schools and bakeries to close down, and preventing hospitals from conducting vital, life-saving operations. While the gas supply to Artsakh resumed on December 16, the blockade of the Berdzor Corridor has now entered the 10th day, causing a serious shortage of food, medical supplies, baby formula, and other essential livelihood needs.

On December 20, 2022, at the request of the Republic of Armenia, the United Nations Security Council President, represented by the Republic of India, convened an emergency meeting to discuss the blockade of the Berdzor Corridor. All 15 members of the UN Security Council called on the parties responsible (i.e. Azerbaijan and Russia) for the “security and freedom of movement” across the Berdzor Corridor, to abide by the November 9, 2020 trilateral ceasefire statement, and to re-open the corridor to prevent a “man-made humanitarian catastrophe.”

The United States delegation at the UN Security Council, represented by Ambassador Robert Wood, stated: “Let me be clear: impediments to the use of the Lachin Corridor sets back the peace process. They undermine international confidence in this process. And they carry potential severe humanitarian implications. We call on the government of Azerbaijan and others responsible for the Corridor’s security to restore free movement, including for humanitarian and commercial use, as soon as possible.”

Moreover, the permanent mission of Ireland at the United Nations, represented by Mr. Martin Gallagher, stated: “Without the free movement of people, goods, food and medical supplies through this vital corridor, the people of Nagorno-Karabakh will surely face a humanitarian crisis this winter. As a Council, we must do everything we can to avoid this and prevent another man-made catastrophe emerging on our watch. Ireland therefore calls on the Azerbaijani authorities to immediately and unconditionally restore freedom and security of movement along the Lachin corridor.”

Since the beginning of the Berdzor Corridor crisis, PAC-WUSA member organizations have been in constant communication with compatriots, who are trapped in Artsakh, or are unable to return to Artsakh to reunite with their families due to Azerbaijan’s illegal blockade. Earlier today, several local contacts have confirmed that there is a serious shortage of medicine, food, especially dairy products commonly imported from Armenia and consumed by children in Artsakh, and other essential needs. These accounts have been confirmed by numerous local media outlets, which have published reports confirming the current critical food and medicine crisis in Artsakh. As of today, one person has died while 14 children and 4 adults are in dire health conditions as a consequence of the blockade.

“Regardless of who is blocking the road, Azerbaijan’s authorities and the Russian peacekeeping force deployed there should ensure that access remains open, to enable freedom of movement and ensure people have access to essential goods and services. The longer the disruption to essential goods and services, the greater the risk to civilians,” said Hugh Williamson, Europe and Central Asia director at Human Rights Watch, in a report published earlier today by the international watchdog: «Azerbaijan: Nagorno-Karabakh Lifeline Road Blocked».

1. Condemn Azerbaijan’s genocidal campaign against the Armenians of Artsakh and demand the immediate re-opening of the Berdzor Corridor (Lachin Corridor);

2. Deliver $100 million in humanitarian assistance to Artsakh through the Lachin Corridor to ensure the survival of the population’s 120,000 Armenians, including 30,000 children and 20,000 elderly;

3. Immediately halt all U.S. military and economic assistance to Azerbaijan in light of the illegal humanitarian blockade imposed on the Armenians of Nagorno-Karabakh, consistent with Section 907 of the FREEDOM Support Act;

4. Sanction members of the Aliyev regime under the Global Magnitsky Human Rights Accountability Act for ongoing war crimes and crimes against humanity perpetrated by that regime;

5. Introduce a UN Security Council resolution to establish a United Nations Mission in Nagorno-Karabakh (UNMINK) for the next five years, consisting of 5,000 military personnel and representing at least three Permanent Member States of the UN Security Council and the OSCE Minsk Group.