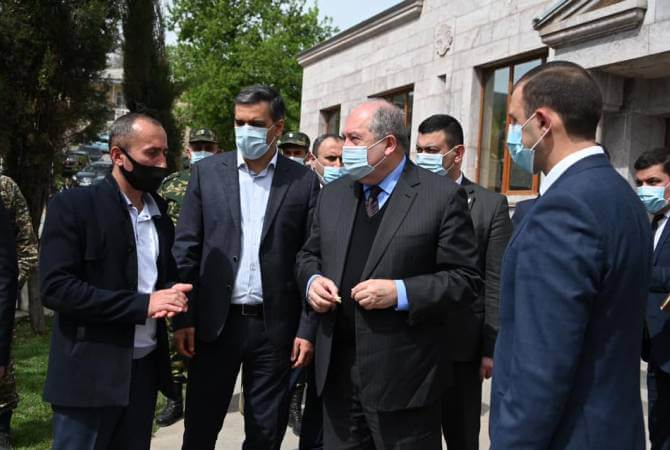 A meeting was held with the Mayor of Kapan and the leaders of Davit Bek and Kaghnut villages.

The situation in the village after the 2020 September-November war has been discussed.

Conditioned by the start of agricultural works, the social problems further intensified in the village as people have been deprived of their lands as a result of demarcation processes.

People’s personal problems have been discussed in details during the meeting.

The Offices of the President and the Ombudsman will sum up the results of the joint visit, and respective actions will be taken.

The residents of Davit Bek village have suffered from the Azerbaijani attacks during the recent war: a civilian has been killed, and many others have been wounded.