The Use of Robots in Medical Surgery 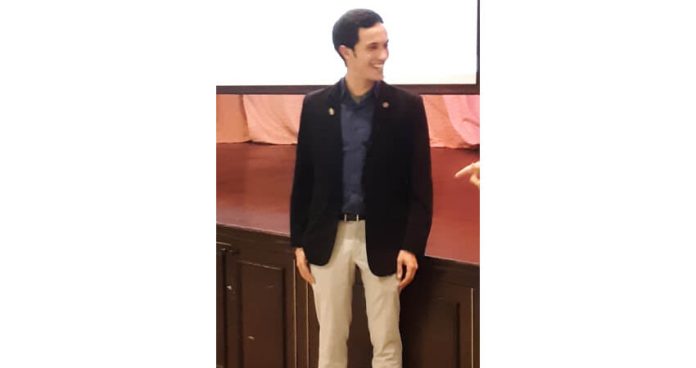 St. Gregory Church Deacon Andy Ylitalo was invited as a guest speaker at St. Gregory’s Mens Forum to talk about The Future of Operating Rooms and Surgeries. It took place on Thursday, April 28, 2022, at 6:30 pm.

Andy is from Minnesota. He has graduated from Stanford with a degree in Engineering Physics. He will be graduating from Caltech in Pasadena in June of this year with a PhD in Chemical Engineering.

After dinner was served, Chairman of the Men’s Forum Berj Gourdikian read Andy’s biography and then invited him to the podium. Andy’s presentation was augmented with a very appropriate slide show.

Andy began his pesentation reciting a verse from the Gospel of Mark. Mark, chapter 8, verse 25 said. «Once more Jesus put his hands on the man’s eyes. Then his eyes were oened, his sight was restored, and he saw everything clearly.»

Andy said that we need health care, because people are not perfect and the role of the technologists is to assist surgeons in the operating room. He further noted that the ultimate goal of technology is for the patient to stay out of the operating room as much as possible. Thus, he concluded, pain will be reduced and the patient will be able to go to work almost the following day.

Andy then dwelled upon the ways conventinal surgery has changed.

However, Andy said, the Da Vinci system is very expensive, to the tune of 2 milliom dollars. Hence, many companies are working on this procedure to reduce the cost and make it available to everyone in the near future.

In conclusion, Andy reiterated that the future operating room will still have surgeons, doctors, and nurses. In a word, it will have the same people as before, but it will also have better procedures and better results.

Questions and answers followed the presentation.

At the end, Deacon Vahe Charkhoudian presented Andy with a pin of the Armenian cross, which was put on his bosom by our Pastor, Rev. Sarkis Petoyan.