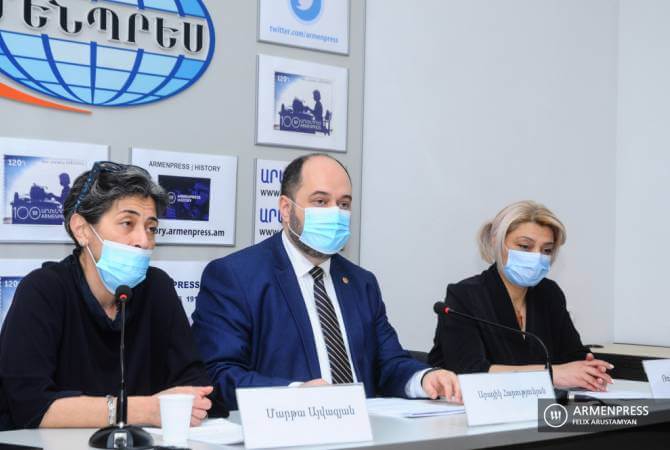 Prime Minister Nikol Pashinyan’s chief advisor Arayik Harutyunyan, announcing the events, told a news conference that the Armenian National Philharmonic Orchestra and the Armenian State Academic Choir, conducted by Eduard Topchyan, will perform Verdi’s Requiem at 23:00, April 23 at the Tsitsernakaberd Memorial in Yerevan as part of the Trilogy of Remembrance events.

Then, at midnight, the Armenian National Chamber Orchestra and the Hover State Chamber Choir will perform Mozart’s Requiem at the Komitas Chamber Music House. The concert will be conducted by Alexander Iradyan.

“At 19:15, April 24, the Armenian State Symphony Orchestra, the Armenian State Chamber Choir and the Yerevan State Chamber Choir, conducted by Robert Mlkeyan, will perform Tigran Mansurian’s Requiem at the K. Demirchyan Sports and Concert Complex. The attendance of the diplomatic corps is planned for this event. The concert will take place under the patronage of Prime Minister Nikol Pashinyan,” Harutyunyan said.

Also on April 24, the Endangered Heritage exhibition will be opened at the Yerevan City Hall building. The exhibition will be dedicated to the issue of preservation of historic-cultural, religious monuments and other works of art in Artsakh, the Foreign Minister Ara Aivazian’s advisor Marta Aivazian said.

Asked to specify the list of foreign delegations that are expected to arrive for the April 24 commemoration events, Marta Aivazian said they are still working in this direction. More than 10 foreign delegations from various countries have confirmed participation as of this moment.

Arayik Harutyunyan added that rather high-ranking delegations are expected.