Arabella Jolie Ishkhanian Has Earned The Rank Of Eagle Scout 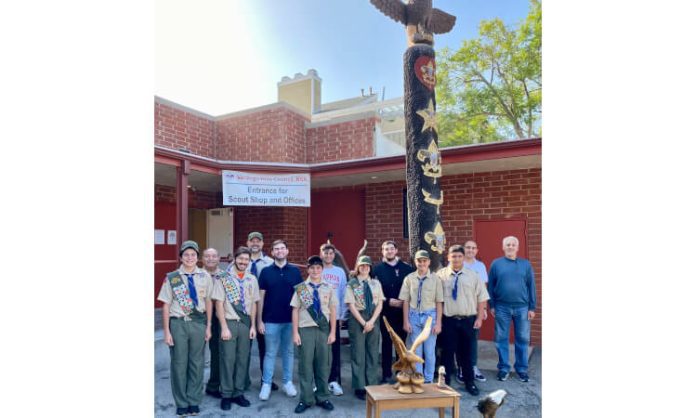 Despite the recent worldwide COVID-19 pandemic and the difficulties surrounding social interactions, Troop 127 was able to continue its service to the community.

Troop 127 HIYER is delighted to announce that Kouyr Arabella Jolie Ishkhanian has earned the rank of Eagle Scout on Thursday, October 28, 2021, making her, according to the Verdugo Hills Council BSA,

A. The 1st female Armenian Eagle Scout in the Verdugo Hills Council,

B. The 1st female Armenian Eagle Scout who has earned both the Eagle Rank and Gold Award in the Verdugo Hills Council,

Kouyr Arabella is currently a senior at John Burroughs High School and will graduate on May 26th of 2022.

She earned the Gold Award on March 10, 2021, from Girl Scout Troop 636, of which she has been a member since 2010. For her Gold Award project, she co-founded a club called, “Women in S.T.E.M.” at her high school with the goal of helping break the stigma of women entering the field and providing them with the resources to continue pursuing careers in the S.T.E.M. fields. She was selected as a parade participant of the 2022 Tournament of Roses-Tournament Troop due to her Gold Award achievement.

She joined Troop 127 HIYER a little less than 2 years ago as soon as the Boy Scouts of America allowed young girls to join the ranks of Scouts, where she joined her brothers Yeghpair Grant and Yeghpair Drake. Both of whom are working diligently to earn the rank of Eagle Scout following their older sister.

Her Eagle Scout Board of Review was on October 28, 2021, where she earned the Eagle rank, making her the 31st Eagle scout from Troop 127.

She is currently applying to several universities in California and would like to pursue a career in veterinary medicine.

We are honored and grateful that Kouyr Arabella will continue her scouting work with both Troops for the foreseeable future. The Troop 127 scouting family, her parents Charlene and Ara Ishkhanian, brothers Grant and Drake, the 30 Eagle Scouts who preceded her, their families, as well as the current adult leadership wishes her the best and continued success.

For more information and how to join, please email :